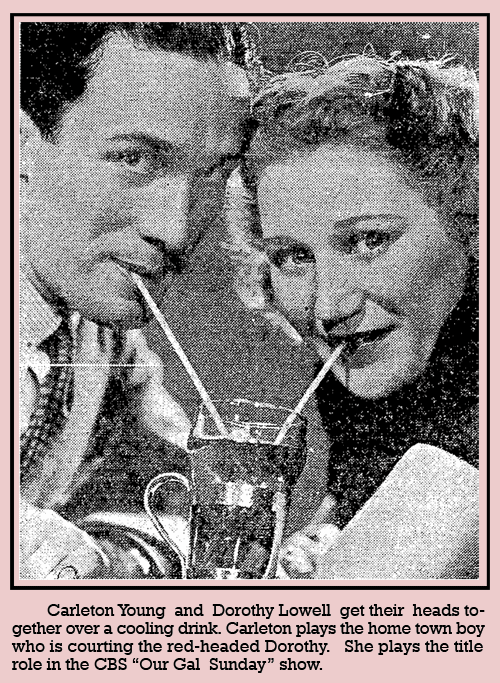 Our Gal Sunday was an American soap opera produced by Frank and Anne Hummert and heard on CBS from 1937 to 1959. The origin of this radio series was a 1904 Broadway production, Sunday, which starred Ethel Barrymore. This play was the source of the catchphrase, "That's all there is, there isn't any more."

Episodes are available from OTRcat.com: Our Gal Sunday is the classic rags to riches about a orphan girl named Sunday who married a powerful and rich Lord Henry Brinthrope. But that's just the beginning of the story… Most of Our Gal Sunday's drama is from threats to marital faithfulness usually in the form of trampy vixens after Lord Henry. There are a slew of women married and unmarried after Lord Henry AND men vying for the attention of Sunday. They are a pretty appealing couple.