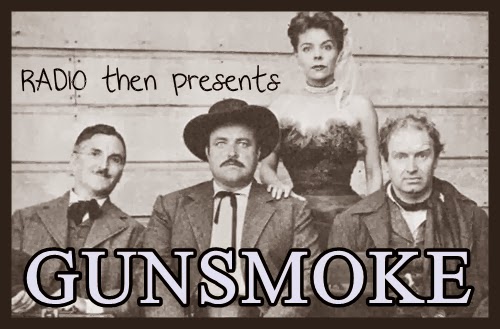 Gunsmoke was an American radio and television Western drama series created by director Norman MacDonnell and writer John Meston. The stories take place in and around Dodge City, Kansas, during the settlement of the American West. The central character is lawman Marshal Matt Dillon, played by William Conrad on radio and James Arness on television. RADIOthen.com is presenting episodes of the radio series aired from April 26, 1952 ("Billy the Kid," written by Walter Newman), until June 18, 1961, on CBS. It starred William Conrad as Marshal Matt Dillon, Howard McNear as Doc Charles Adams, Georgia Ellis as Kitty Russell, and Parley Baer as Dillon's assistant Chester Wesley Proudfoot. John Dunning writes that among radio drama enthusiasts TV series Gunsmoke is routinely placed among the best shows of any kind and any time." The television version ran for 20 seasons from 1955 to 1975, and was the United States' longest-running prime time, live-action drama with 635 episodes. At the end of its TV run in 1975, Los Angeles Times columnist Cecil Smith wrote "Gunsmoke was the dramatization of the American epic legend of the west. Our own Iliad and Odyssey, created from standard elements of the dime novel and the pulp western as romanticized byBuntline, Harte, and Twain. It was ever the stuff of legend."-- More...from WIKIPEDIA ( we support wikipedia) Also see...

Gunsmoke primer
Link to a few of the CBS "GUNSMOKE" announcers